Don't hide flaws or mistakes, own them

Kerry Thompson
The amount of self-doubt we can feel when something goes wrong at work, or we make a mistake, can be paralysing for some people. 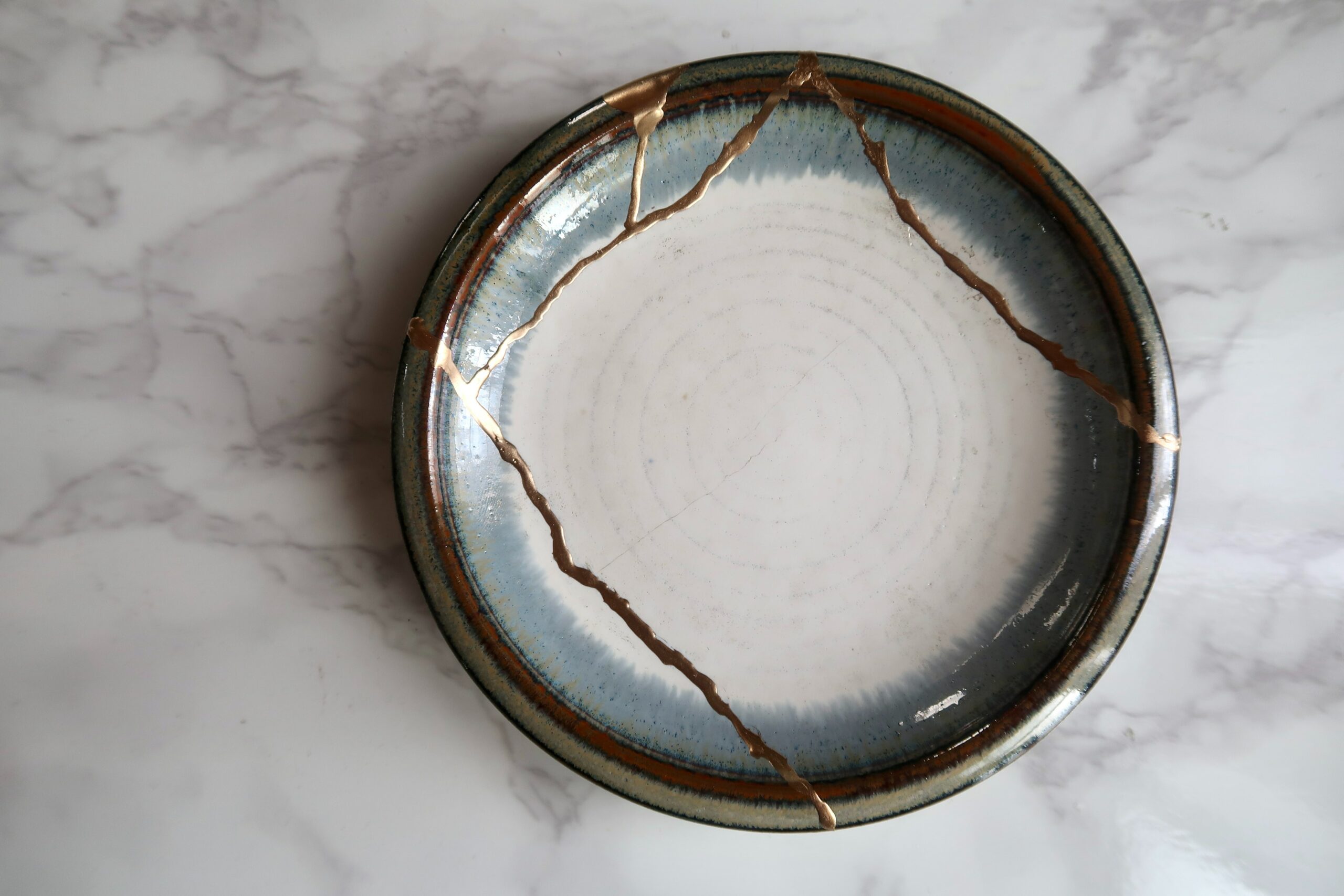 The Japanese art form of Kintsugi is the concept of highlighting and emphasizing repairs and seams, rather than disguising them.

Art historians say Kintsugi originated in the 15th century when a Japanese Military Commander called Ashikaga Yoshimasa broke his favourite bowl. He was distraught (I know the feeling, I remember dropping my Take That* mug in 1996 and being beyond upset. Not only had Take That* split up, but now I'd broken my favourite mug!).

Anyway, back to Ashikaga….he was unhappy with the repair, and asked his craftsmen to come up with something that looked better. The solution was Kintsugi. His craftsmen repaired the bowl using a precious metal - usually gold - to accentuate and highlight the seams created by the joining of the broken parts. It looked even more beautiful than before, and became even more precious to Ashikaga.

The more I read about Kintsugi, the more I realise what a powerful metaphor for life, and especially work, it is. The idea of not hiding our flaws and mistakes, but highlighting them!

The amount of self-doubt we can feel when something goes wrong at work, or we make a mistake, can be paralysing for some people. That feeling when you know you've tried really really hard, but as the Project Manager, you haven’t been able to go live on time, or as a Manager, you feel you haven't been able to support your team enough, or deliver to your own Manager's expectations.

Human beings are fantastic at over thinking, over analysing and beating themselves up.

But, if we think of it in the Kintsugi way, we realise that our past mistakes have helped us to grow, enhance our knowledge, and enabled us to do better next time.

So, here are some tips to help you to channel a Kintsugi way of thinking at work:

Ownership & Acceptance This is about ownership of the mistakes you make. This can be incredibly uncomfortable, but it'll not only bring you peace, it will also gain you respect from those around you. It's amazing how many people are quick to blame others, so it's refreshing to hear someone own their mistakes.

Ask Questions Reflect on what happened, but don't dwell. The best way to do this, is to ask yourself questions, such as: What went wrong? What can I learn from this? What could I have done to prevent it from happening? What will I do better next time? Some people like to write down the questions and answers as a way of 'locking them in'. You don't have to do anything with it, but in some circumstances, for example, if you're a Project Manager or responsible for a workstream, it really helps to share this with the wider team in a "lessons learnt" capacity, and encourage others to share their thoughts too.

Action Stations! After your period of reflection, it's time to take action, and that does not involve beating yourself up about the mistake you've made (remember, no dwelling!). The action that's needed here is how to improve next time. Be specific with your actions, and ideally, have someone who can hold you to account to make sure it doesn't happen again; a trusted colleague, a friend, or even a coach.

A New Habit Make success a new habit. It's like learning a new skill, it takes time and it takes practice. There are many ways to make a new habit stick, but one that works for me is a regular reminder that pops up in my calendar. For example, if I'm working on a project and I've identified a previous mistake as being something related to timely comms, I will set a weekly reminder to review what comms are needed at that point in time to ensure everyone is fully 'in the loop'. Reward is also a great way of cementing a new habit. Find a reward that works for you. It can be something as simple as a cup of tea - or better still, a cup of tea and a biscuit! 🙂

Share this:
Share this:
What does a career coach actually do?
Should you hire a career coach?
Why your high school student needs coaching
Don't hide flaws or mistakes, own them
A Guide To Your Ikigai
A Story Of Being Content In Life
Everyone's a 'coach'
Searching For Your Ultimate Career Happiness; Your Ikigai.
Best Career Ever!
Overcoming Workplace Stress.
1 2 3 Next »
See all posts
Top